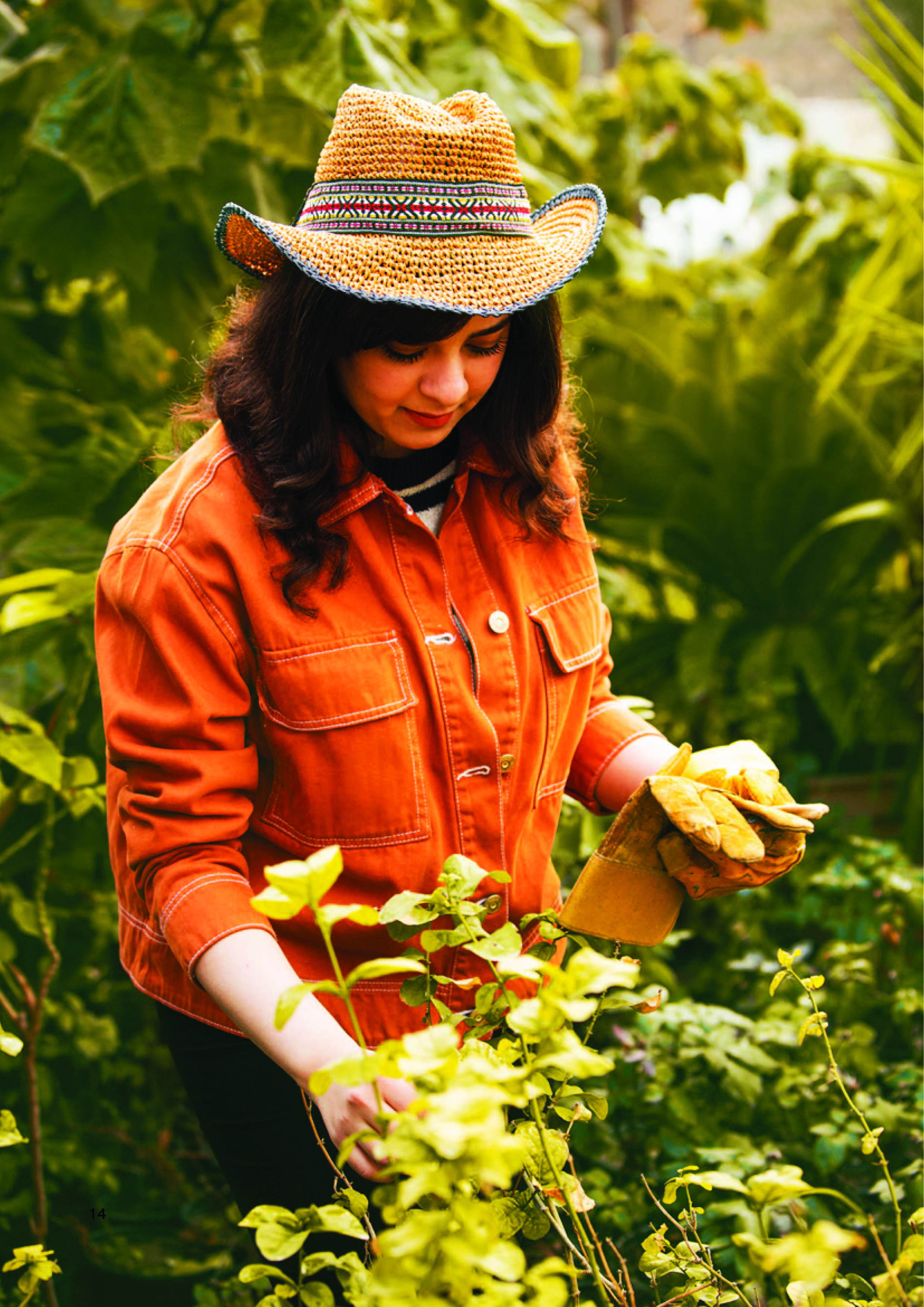 Women in Business: Exploring the Role of women and the Female Entrepreneurial Challenges in the Iraqi Startups’ Landscape

Iraq is facing an inevitable economic crisis due to its government’s dependency on oil as the main source of national income and the unprecedented drop in its prices in 2020, in addition, corruption levels, youth unemployment rates, and the exposure to international entrepreneurial success stories have led the Iraqi youth to have a general sense of frustration with their reality and the rise of protests in October 2019.

The need for an alternative income coming from the private sector’s SME’s and startups has been recognized as essential, although Iraq has been experiencing a stable growth in the level of entrepreneurial awareness and education due to many initiatives that were established and supported by International organizations such as the United Nations Development Programme (UNDP), Deutsche Gesellschaft für Internationale Zusammenarbeit (GIZ), the Netherlands Embassy, and World Bank, to name a few, such practices have created a high level of dependency on international support from the Iraqi officials and the ecosystem.

This was one of the main motivations behind conducting research examining the characteristics of the entrepreneurial ecosystem in Iraq and its readiness to absorb all of the diverse youthful energy and power that is now formulating the era of “The Mesopotamian Startup Vortex”.

Due to the aforementioned Iraqi economic crisis, entrepreneurship might be essential and falls in the category of a “necessity” for development through creating new employment opportunities and Increasing the GDP. The research further suggests that entrepreneurs usually set the economy in motion by generating demand for different types of components which will, in turn, promote industrialization, thus, facilitating overall development. Moreover, with unique value propositions, entrepreneurs create an environment of innovation, creativity, personal growth, and social change.

For the specific case of Iraq, an upper-middle class income country that ranked 172 out of 190 countries in the World Bank (2020) Doing Business report as a result of the complicated procedures to start a business due to the poor infrastructure. Yet, it is noteworthy that the report listed an additional day of procedures for women in Iraq, which includes obtaining the husband’s or family’s approval before embarking on an eight-step journey to be able to enter the labor force as an “entrepreneur”. This social impediment could be a discouraging factor for women to participate in the labor force and would explain the low rate that was reported by UNDP (2018) which stated that the female participation in the labor market was a mere 12.4 percent, compared to 72.6 for men which evidently shows how Iraq is overwhelmingly behind on female engagement in the labor force, disheartening women’s job-hunting process because of the private sectors’ weak legislations and uncertainty. This alarming underutilization of the labor force in the private sector is hindering the country from achieving economic flourishment.

In an attempt to navigate possible solutions to the lack of engagement of females in the labor force, the Global Entrepreneurship Monitor’s Women Entrepreneurship report highlighted the high participation rate from men and women in entrepreneurship in the Middle East & North African region from individuals in the 25-34 age range, which proves that supporting this age group is a feasible goal that resulted in a successful outcome in neighboring countries with similar social climate. Yet, the same report shows that women are 6% less likely than men to believe in their entrepreneurial skills, therefore, in order to bridge the gap in Iraq, the support must be on both the psychological, and the practical level for young women to see the potential in becoming business leaders; which can be a daunting task to tackle due to the “masculine society” of Iraq according to Hofstede Insights’ (2020), which portrays that the society is expecting business managers to be assertive, competitive, autocratic, and well, male.

The silver lining could be that this is a difficult task on a global scale as well, meaning that Iraq can benefit from the best practices globally to implement solutions that help young women achieve their full potential, while some scholars have argued that the poor representation for females in a leadership position could be due to women having less desire and ambition to lead compared to men, due to their reluctance to show assertiveness. Others built a counterargument by stating that the “real problem” is not the lack of competence, willingness, and/or skills of females to lead, but is indeed the fewer barriers for incompetent males in leadership. The researchers continued by listing several female leadership lessons that masculine societies can benefit from such as empathy, humility, and coaching instead of commanding. However, it was found that the area of policy implications in supporting female entrepreneurship is fixated on the skills gap that women entrepreneurs need to address, in consequence, turning the issue into an individual matter rather than an ecosystem flaw, and in order to address that issue, we must primarily begin by investigating the Iraqi ecosystem’s efforts in supporting females in entrepreneurship.

Due to the novelty of the concept of entrepreneurship in Iraq and the MENA region, there was a need to derive knowledge regarding the entrepreneurial sector’s problems from individuals’ experiences, which augmented the importance of using in-depth report interviews by employing artificial intelligence software for transcription using an inclusive convenient sample that included resource people from academia, private sector, startup support foundations, startup founders, and international organizations.

Perhaps the first observation of the research findings was that the participants and key players in the Iraqi ecosystem belonged to the “creative class” which is composed of engineers, professors, and artists. This niche is usually tolerant of new ideas and innovative ventures, while this culture could possibly attract more creative individuals and young talents such as university students, as one participant described it: “The entrepreneurial scene is populated by youth. Actually, most of them were working in international organizations before or traveled abroad. This is the main reason why these people are more open-minded, they are the people who are curious and looking for new stuff, which is not the case for all the youth in Iraq.”

In addition, the role of international actors in Iraq was further mentioned in all of the interviews as integral to the formation and growth of the ecosystem, reasons behind this involvement were explained by a participant by stating: “There is no money to invest in such activities and it is hard for the average Iraqi to pay to attend such activities. That's why their support was phenomenal, and it supported the whole ecosystem to be established. But let’s agree that international organizations’ help should only be for a period of time. The sustainability of such activities should be established within the ecosystem by the support of other local companies, or organizations.”

This phenomenon could also be considered as problematic as it appears as that international organizations took over the role of both the entrepreneurs and the government in initiating a startup movement in Iraq. Yet, it is noteworthy that the ecosystem was still “male-dominated & hype-driven” as stated by one of the participants, and when asked about the specific reasons behind the gender gap, the answers from both the male and female participants can be grouped into three predominant themes listed according to their reoccurrence during interviews:

Finally, the lack of financial support was explicitly stated throughout the interviews, as there seems to be a general frustration with the Iraqi banking and financial systems which are causing this negative notion towards the government’s performance with post-conflict economic reforms, combined with multiple issues that were highlighted by the research participants with regards to the educational and training infrastructure of Iraq.

In summary, the Iraqi entrepreneurial ecosystem is suffering from an evident gender disparity and underutilization of young women’s talents in central and southern Iraq, since the start of the entrepreneurial trend in 2015, this is due to the lack of inclusion of different social classes with the internationally funded programs and entities, combined with the cultural barriers for Iraqi women to enter or lead in the startup community. In addition to the poor entrepreneurial infrastructure i.e. financial and technical resources, and finally, the lack of female representation within the ecosystem is collectively damaging the Iraqi economy and social fabric as it emerges from the conflict to the dominance of youth over the labor force era.

As a result of the interviews, current startup spaces (The Station, Mosulspace, and KAPITA) in central Iraq have provided the ecosystem with multiple positive added values, perhaps the most important value was the introduction of the concept of an innovation hub to the Iraqi community. Also, presenting specialized female-supporting programs such as the Raa’idat Competition by UNDP’s accelerator labs, which is undoubtedly a step in the right direction. Nevertheless, there are still many cultural barriers for women inside and outside Baghdad that prevent them from visiting and utilizing these spaces due to the mixed-gender social engagement, which amplifies the need to pressure the Iraqi ecosystem to leave no stone unturned and explore the possibilities of establishing a female-led body and initiatives that could result in having safe and protected spaces for female entrepreneurs in the future that are supported by the many well-established male & female entrepreneurs who are currently disrupting and shaping the “The Mesopotamian Startup Vortex”.