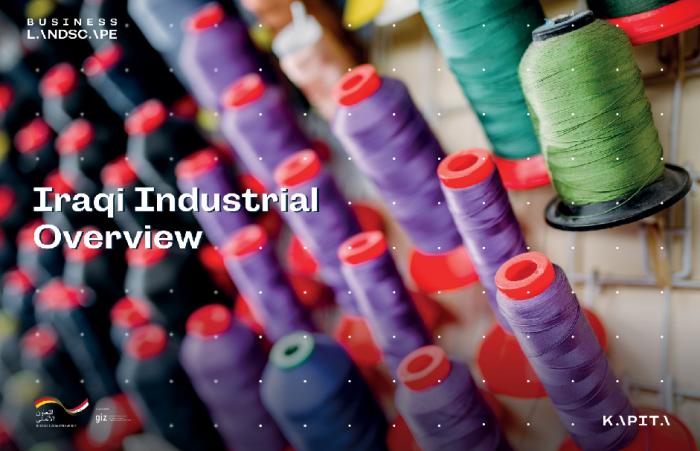 This report provides a general overview of the Iraqi industrial sector. It starts with a briefing about why the industrial sector is very crucial for Iraq’s future economy. As a more advanced industrial sector leads to greater GDP value, higher salaries, and better services provided by efficiently-trained labor. Despite this fact, there has been huge negligence of the industrial sector from the government over the years as most of the focus was on the petroleum industry since Iraq is known to be an extremely oil-dependent country that lacks other developed sectors, this led the industrial sector to become highly dependent on the money generated from the oil.

The report moves forward to discuss the employment rates in the industrial sector. These rates are presented compared to other primary sectors in Iraq and also compared with MENA region countries. To have a wider image of the employment rates, the result shows the differences between the genders as well.

Another aspect the report is concerned with is cost and production values within the industrial establishments and the annual average salaries for employees in recent years and what is the relationship between the total salaries in million Iraqi dinar with the number of employees in different years.

Also, the report talks about the governmental laws and regulations such as the Industrial Cities Law ( 2018 ), Ministry of Industry and Minerals Law (2011), and the Investment Law (2006). In addition to the industrial national development plan of 2018-2022.

The report also covers the trading volume in the industrial sector in Iraq and the market value for the prominent industrial companies in the country alongside the foreign investments these companies receive.

The report concludes with the currently available projects for investments and with a set of recommendations to increase the productivity of the industrial sector in Iraq.