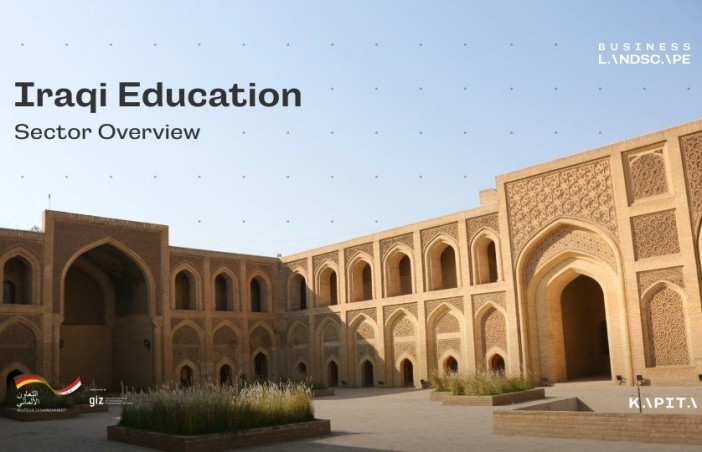 The history of the Iraqi education sector dates back to the beginning of the first civilizations in Mesopotamia, the land where the first letters were written.

Present-day Iraq ensures the right to free education for all, compulsory education at the primary level, and eradication of illiteracy as stated in Article 34 of the constitution of 2005. In 2016, Iraq spent 6.8 trillion IQD on education for central Iraq, a 44.2% increase from 4.7 trillion IQD in 2010-2011. This translates to Iraq (except for Kurdistan region) spending approximately 1.3 million IQD per student. Two ministries are responsible for the education system in Iraq; the Ministry of Education (MoE) and the Ministry of Higher Education and Scientific Research (MoHESR). The COVID-19 pandemic led many sectors to halt activities, education was severely impacted and the transition to remote learning was and still is very challenging.

This report provides an overview of the Iraqi education system while following its structure starting with pre-school then the mandatory primary education which involves 6 years of schooling, followed by secondary education consisting of an intermediate level (3 years) and a preparatory level (3 years). Preparatory education has an academic stream with two tracks, literary and scientific, and a vocational stream. While higher education consists of colleges and institutes. Most institutes require 2 years to acquire their degrees while most university programs take around four years.

This report sheds the light on the rise of private education in Iraq and its potentials. Private kindergartens have increased by almost 200 in number, which accounts for an astounding 36.7% increase. 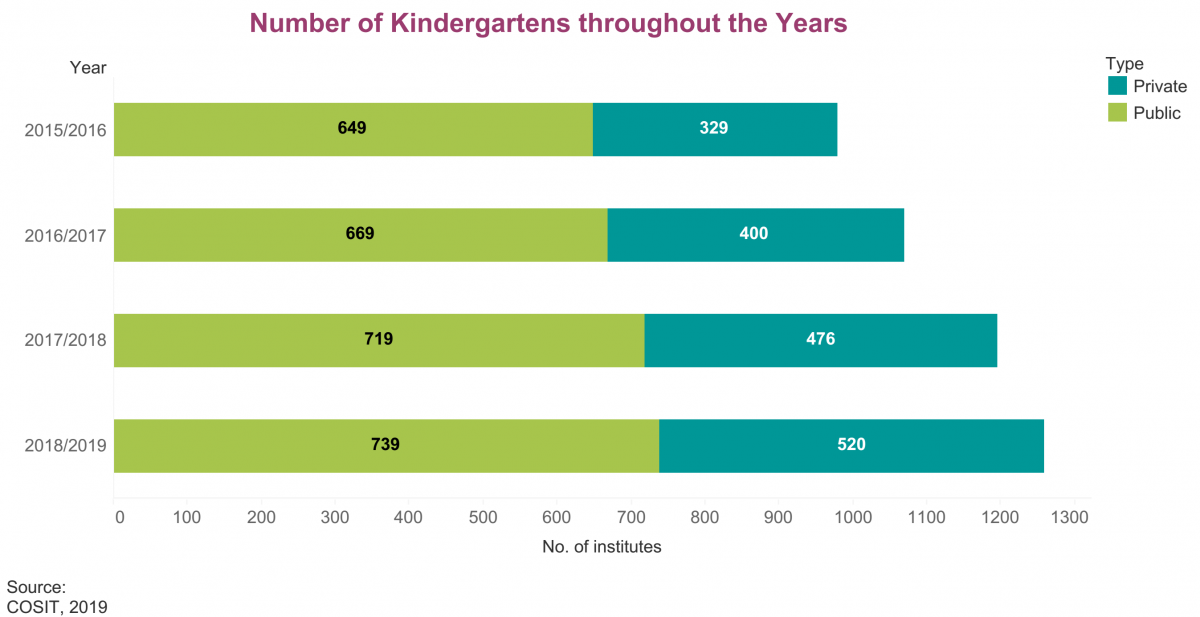 In 2019, we find that primary school students reached 6.5 million students with 290,000 teachers tending to their education; with the rate at 22 students per teacher. According to the Central Statistical Organization, in 2019, 92.6% of primary schools are public and only 7.3% of them were private. 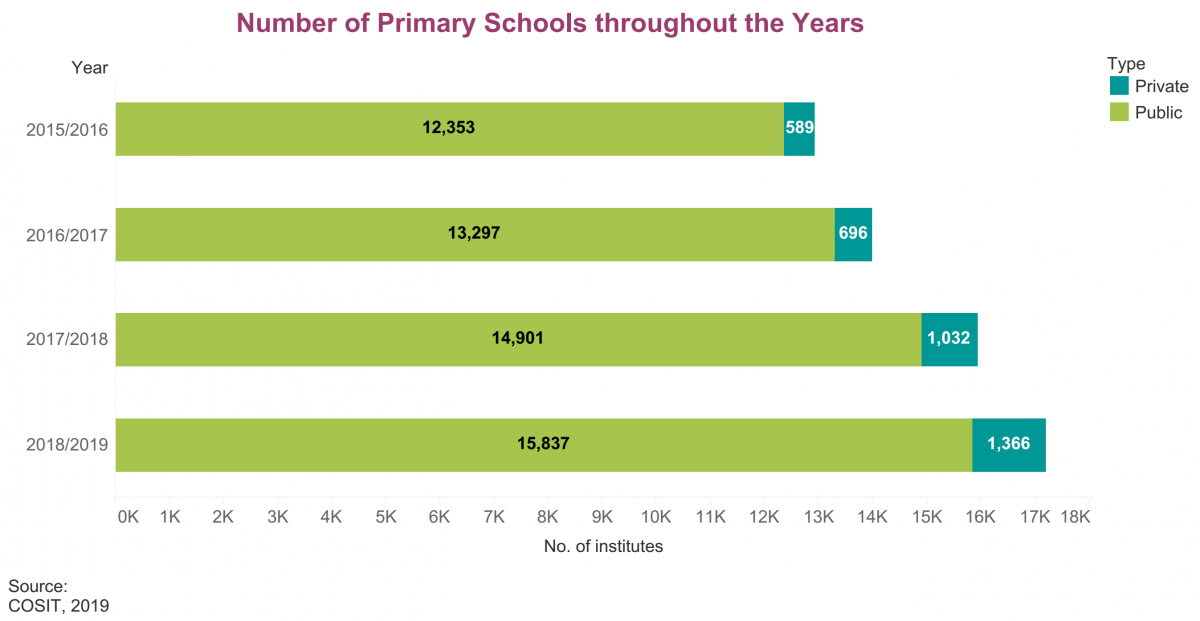 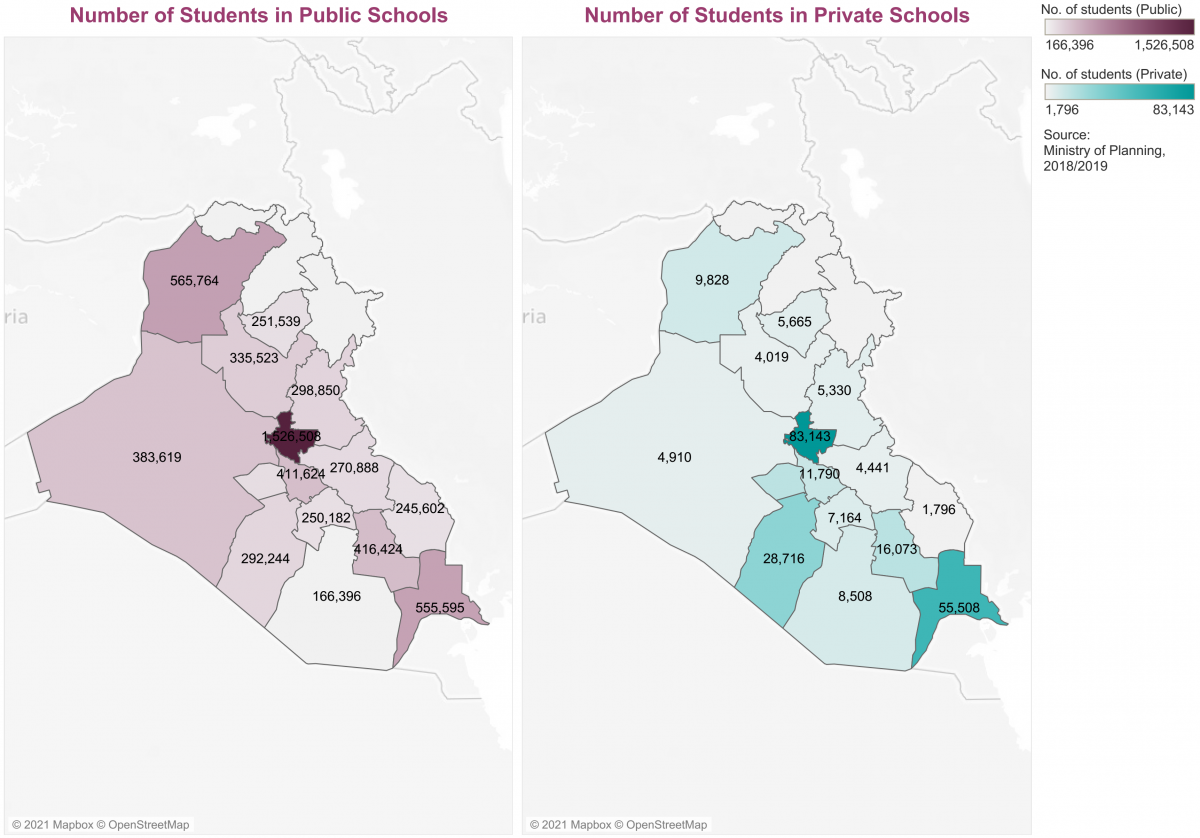 The report also explores some projects and initiatives to revitalize and strengthen this sector in Iraq, in addition to some startups in education technology in the MENA region and Iraq such as Eduba, IoT kids, Najeh, and others.

Moreover, the report highlights the main issues in the Iraqi education sector, such as the weak infrastructure, outdated curricula, and the teaching quality. And concludes with recommendations that could contribute to the overall improvement of education in Iraq. 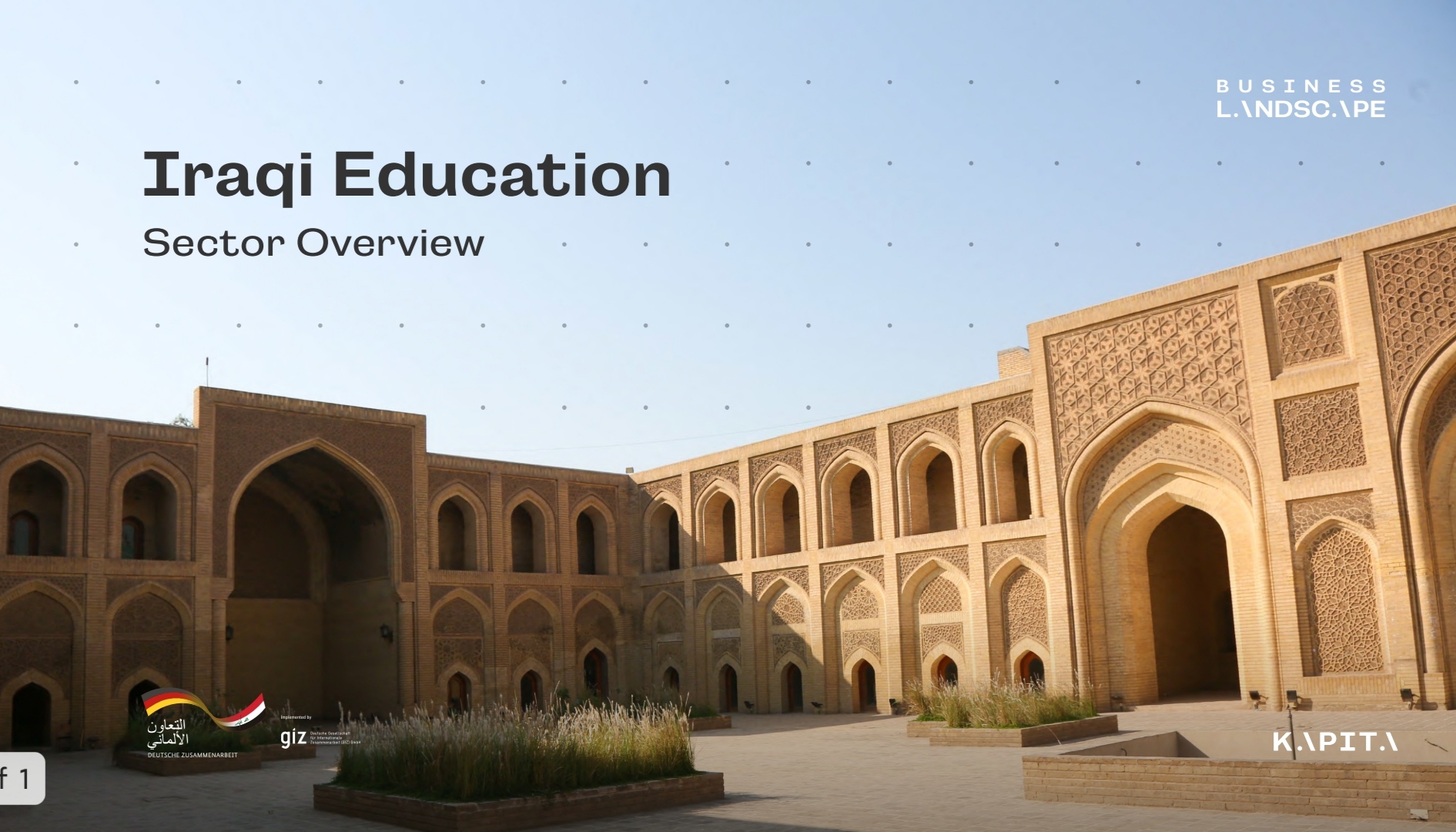