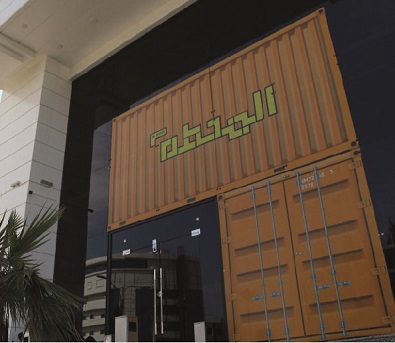 Mosul is the second largest city in Iraq after Baghdad and is home to a myriad of religions and ethnicities. It has been three years and a half since this quintessential province was liberated from the oppressive chains of ISIS, but Mosul continues to face acute challenges across a variety of sectors. War can heavily debilitate a country’s economy, governance, and quality of life, and these predicaments are further exasperated when opportunities are slow to emerge. Mosul’s fate has unfortunately proven no different. Following the liberation of Mosul, local governance has been sluggish in its response towards the demands of youth. For the last three years, thousands have been searching for job opportunities and quality education and the results have been lacking, leading many to seek prospects in the private sector. Nonetheless, if matters affecting the province’s psychological and physical growth, such as violence and instability are not addressed, they will act as major deterrents to future capital and investment, leading to insufficient employment prospects, social engagement, and security. Therefore, not only is Mosul a fascinating case but one with colossal potential to mature and develop into a fully-functioning and supportive province for its inhabitants. Integrating entrepreneurship into the sphere of economic and social influence is an approach globally utilized to ensure constructive growth.

Although economic literature regarding entrepreneurship was deficient over the last decade, the last few years have witnessed some warranted attention. Capital, entrepreneurship, cultural influence, political dispositions, and support systems co-evolve, respectively collaborate and therefore, impact one another.  As they co-evolve, entrepreneurial initiatives and relations between suppliers and consumers, financial institutions and business hubs will too, evolve through shared knowledge. The defining hallmark of this conception is that the properties of an ecosystem are defined by contextually exposed inclinations for services, activities, and initiatives. Hence, the recognition of mounting environmental failure will offer entrepreneurial opportunities. The instrumentality of entrepreneurship in pertinent circumstances may function efficiently based on the rationale of an inevitable disintegration across all sectors of the state. Entrepreneurs are faced with the potential to explore means of delivering innovative ideas to resolve widely spread problems that can be utilized to yield revenue in fresh market structures. Thus, negative externality can be avoided through entrepreneurial initiatives that allow victims of war to become empowered to resolve the problems they face.

The Beginning of Mosul’s Ecosystem

Today, civilians of Mosul are doing the best they can to rebuild the city which they call home through initiatives such as the “Heroes Graffiti” by the Art Revolution that involved covering murals left by ISIS with beautiful paintings, Mosul Space, a community of youth working on entrepreneurship, tech, and education, and The Station Foundation for Entrepreneurship, a co-working space business hub, to name a few. With a domestic economy grossly reliant on oil, Iraq must delve into emerging markets and break down old, traditional-type businesses that failed to remain alive after the end of ISIS. Even early-stage businesses at the moment are facing acute hardships with earning satisfactory revenue that would permit internal (staff, resources) and external (markets) expansion. However, this does not mean that all projects emerging from Mosul are unscalable but that the scarcity of financial resources, decision-making skills, and infrastructure have collectively produced challenges that need to be addressed – at the very least by civil organizations. According to The Station, a local NGO working on the development of startups, when working with entrepreneurs across Mosul, it was observed through the activities implemented over the last three months, that there is a demand for contextually designed pre-incubation programs where ideas are assessed, evaluated, and tested before moving on to an incubation program. The Station will launch its first pre-incubation, internally designed under the EU-funded YANHAD project at the start of the year 2021. It is imperative to support the success of potential startups by ensuring both their business idea and model are defined to ensure flexibility without incurring huge losses, not only in time and resources but also in motivation. However, regardless of the level of quality of trainers facilitating the incubation programs and mentoring the youth, there will remain gaps that are necessary to fill to ensure a startup’s success, and mentorship can certainly pave the way. Mentors and/or mentorship, in general, can momentously enable the progression of the entrepreneurs’ success, provided that entrepreneurs have access to numerous approaches and bases of skills. Similarly, they provide support to the growing Iraqi ecosystem. Mentors can also facilitate access to broader markets and promote market relations that can foster dynamic evolution. The Station will be introducing a mentor-pool for its co-working space startups, as of March 2021. It will consist of mentors with diverse backgrounds and sets of qualifications, all relevant to the fields of work of the co-working space hosts. It will consist of a one-hour mentoring session per week, for as long as the start-up demands his/her services and can take place online and/or face-to-face.

Courage is a characteristic so often undermined in Iraq as a vital part of what makes a successful entrepreneur. Without courage, there exists no confidence. No confidence to make critical decisions, to manage an entire team, or to distribute finances effectively; all of which are defining in the journey of a startup’s success. Mentorship in Mosul should not be limited to methodology and technical expertise, but should expand to include a learning curve regarding the concept of what defines an actual “entrepreneur”, with the risks it takes, the high rate of failure, and the ability to overcome the challenges and succeed in a city that sorely needs the vibrance and innovation of its citizens.