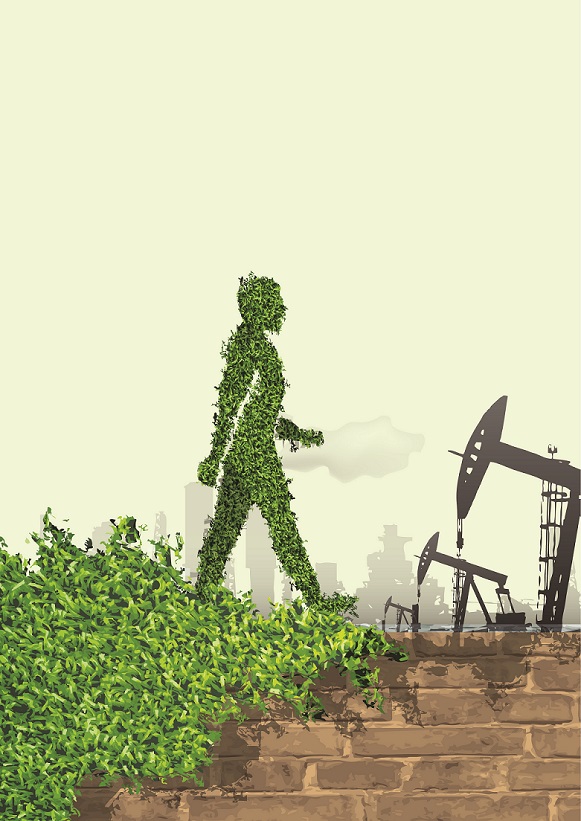 Iraq’s Moving Towards a Sustainable Future

The 2021 United Nations Climate Change Conference, also known as COP26 was the 26th UN Climate Change Conference held in Glasgow, Scotland. The conference addressed the major environmental issues affecting the planet. The primary aim of the conference was to reach an agreement to reduce emissions. This was the first UN climate conference to specifically address fossil fuels, and coal which was explicitly stated that the pledging countries would phase down the usage of coal. 197 countries have taken the pledge, 140 of which pledged to reach zero-net emissions, more than 100 countries pledged to reverse deforestation by 2030, more than 40 countries pledged to move away from coal. Iraq is part of that deal. This is a historic move for Iraq which is considered one of the five most vulnerable countries in terms of climate change.

The effects of climate change have been felt on the ground more than ever. It is affecting all different aspects, the economy the most. During the summer of 2021, Iraq passed 51 degrees celsius. This made Iraq the country with the most rapid increase in temperature in the world. According to the environmental agency, Berkeley Earth, Iraq has the highest percentage of temperature average, with a 2.3% increase since the end of the 19th century, double the global average. In some parts of al-Diwaniyah governorate, the ground temperature reached up to 60 degrees celsius. According to a report by Al-Monitor, “Iraq is highly ranked on the environmental pollution scale. This is due to the increase in oil production and gas burning, the increase in the number of cars and private generators, in addition to the vast desertification.” With Iraq’s accession into the Paris Climate Agreement and COP26 agreement, the situation has to change.

This led to various economic effects ranging from desertification to the loss of livestock and livelihood, causing migration to cities. Many farmers and livestock owners are being affected firsthand by the rising temperatures and desertification. With an increased rate of salinization that threatens 53% of agricultural lands. According to KAPITA’s Iraqi Agriculture Sector Overview, the agricultural land constitutes 21.4 % of the total surface area of Iraq, and the rural population constitutes 29.32% of the population, 75% of the working rural population make their living from their crops. In addition to 39% of the rural demographic living in poverty and poor circumstances due to the deteriorating conditions of the countryside and the reduction in resources. The lack of attention and development, and the loss of income in rural areas are causing migration towards the urban areas. This point was indicated in the Foreign Policy opinion piece that was written by the president of Iraq, Mr. Barham Salih. He stated that “The loss of income may very well result in migration to cities whose infrastructure is even now incapable of supporting the existing population.”

There are international efforts by NGOs to develop and create investment opportunities for the agriculture in Iraq in order to move away from the reliance on oil, support the rural communities, fight climate change, and achieve sustainability. For example, Cordaid’s Agribusiness Acceleration Project - Ninevah focuses on small and medium enterprises (SMEs) by participating in Resilient Business Development Services Training, on various topics of business foundations. Then they move to one-on-one training and consultancy to further develop their business plans and be investment ready. Oxfam’s Iraq Response Innovation Lab, CEWAS, Mercy Corps, and SAAVI are also doing similar projects. All these efforts are in alignment with what the government is trying to achieve concerning environmental issues.

Another major issue in regards to improving Iraq’s environment is moving away from oil. Iraq’s economy is heavily reliant on oil, which is causing major environmental issues. The President’s article touches on that “Iraq’s population is projected to double from 40 million today to 80 million by 2050 just as our income. Largely based on oil production, will be drastically reduced as a result of the world abandoning fossil fuels as it moves to sustainable clean energy.” These statements were an echo of Mr. Ali Allawi, Iraq’s Finance Minister, at the Middle East Green Initiative Forum in Riyadh. “Iraq’s economy overwhelmingly depends on oil revenues, which meets up to 90 percent of government expenditure.” He also added on the negative environmental effects, “The World Bank estimates about 16 cubic meters of gas from Iraqi fields were being flared in 2015, costing the economy billions in lost revenue.” He added about the government’s plans to counter these economic issues “The country has begun investing in solar energy and looks to tap up to 10 gigawatts of energy from the sun by 2025.” In that regard, he added, “We are working on providing a budget of $3 billion every year to replace all of the liquid oil that is used in electricity generation plants in order to work with natural gas.” This will reduce the amount of flared gas that he previously mentioned. The country is currently relying on importing gas from Iran, 5 million cubic meters per day, which is costing Iraq approximately $8 per 2930.7 kWh, which is a rate higher than the global average of $5.63 per 2930.7 kWh. Mr. Allawi reflected on the situation’s effects on the Iraqi economy “Whether we like it or not, the possibility of depending only on oil will not last forever, because the international economy is changing and this will be a burden, especially a burden for our oil-exporting countries.” If Iraq succeeded in switching to clean energy, it could save up to $5 billion annually for the national budget.

Aside from the fact that Iraq is struggling with providing electricity to its citizens, electricity seems to be the major concern that is affecting the environment in Iraq. Iraq’s previous governments had only focused on the production of electricity disregarding distribution, transportation, and fees collection. The plants are operated by oil and are eco-unfriendly. Iraq has spent $60 billion since 2003 to address the electricity problem. It seems that the solution for this issue in Iraq goes hand in hand with switching to more environmentally friendly green energy. Iraq gas signed a green energy deal with many companies led by the Norwegian Scatec ASA on the 7th of October, 2021, to produce 525 megawatts of electricity. According to the spokesman of the Ministry of Electricity, Ahmed Moussa “Clean energy is aimed to generate 63% of electricity in the next 5 years.” According to the head of the Ministerial Energy Council, Ihsan Abdul-Jabar Ismail “[The government of Iraq] has so far signed three contracts for the establishment of solar-powered electric stations.” He added that the government of Iraq has so far implemented 40% of their program to enable renewable energy projects, to meet up the country’s commitment to environmental sustainability.

Another initiative, that was set to encourage the Iraqi population to be part of the transition to green energy, was initiated by The Central Bank of Iraq (CBI) to lend through banks to install solar panels at homes and residential buildings. In that regard, Jassim al-Falahi, the undersecretary of Iraq’s Ministry of Environment and Health has told Rudaw’s in an interview: “This requires the government to reduce or lift customs taxes on clean energy materials to lower their prices and make them available to everyone.” “The most important issue is how we create and support what’s called the green, sustainable economy, this is the concrete base for the Iraqi NDC,” he added. NDC is the abbreviation for Nationally Determined Contributions, which are plans for how the governments will meet their emissions targets under the Paris Climate Agreement.

Mr. Salih views Iraq’s environmental commitments as “an opportunity to diversify Iraq’s economy; support renewable and clean energy; participate in carbon markets; increase the resilience of environmentally and economically vulnerable areas; and provide better and more sustainable living conditions.” The statement is optimistic, yet, it needs actual nationwide participation. The government, the international community, the Iraqi private sector, and ordinary citizens. This issue is one of complete and whole participation because everyone is a stakeholder, both nationally and internationally, as a community or individuals. The President concludes his article with a nostalgic and hopeful tone that I will directly quote: “In looking towards a better future, we must return to our recent green past.” Adding that there should be a cooperation between “the private and public sector to achieve our climate goals.”