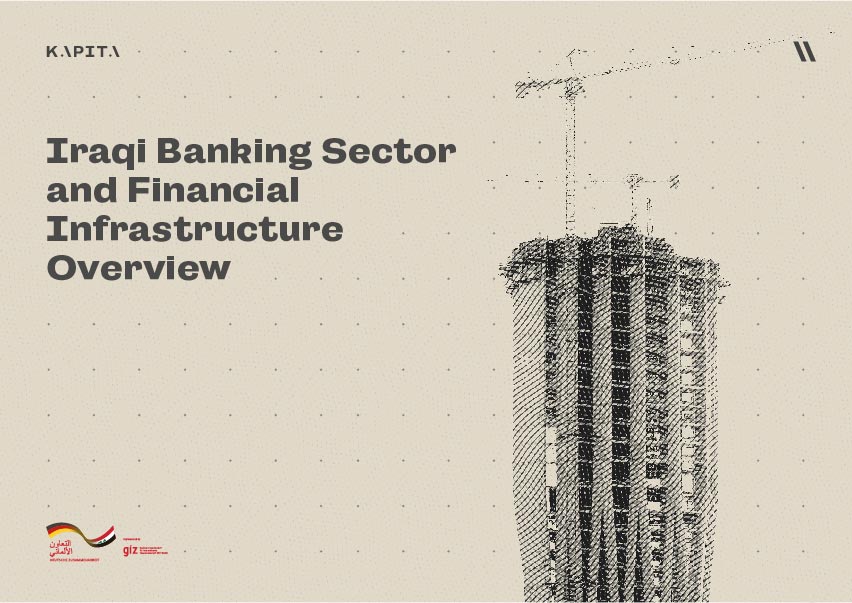 In this report, we dive deep into the financial sector in Iraq, covering Iraqi banks, government structure and spending, electronic and cashless payments, and recent developments in the Iraqi financial scene, as well as the main issues noted.

In terms of banking services and technology, Iraq is getting close to keeping up with global trends. Nevertheless, some aspects must be addressed. Iraqis are still dependent on cash payments, and according to the World Bank, a mere 23% of them owned a bank account in 2017. Issues such as the lack of confidence in the banking sector and inadequate knowledge of cashless-payment methods have slowed down financial progress.

Despite having seven state-owned banks (SOB), fifty-three private sector-owned banks (PSOB), and fourteen international bank branches. This raises the overall number of financial organizations in the country to 74. However, the Iraqi banking industry contributed only 1.94% to the country's overall GDP in 2021. While banks in Iraq have 904 branches across the country, the majority of these branches are located in the economic hubs of Baghdad and Basra, at 37.1% and 9.3%, respectively. 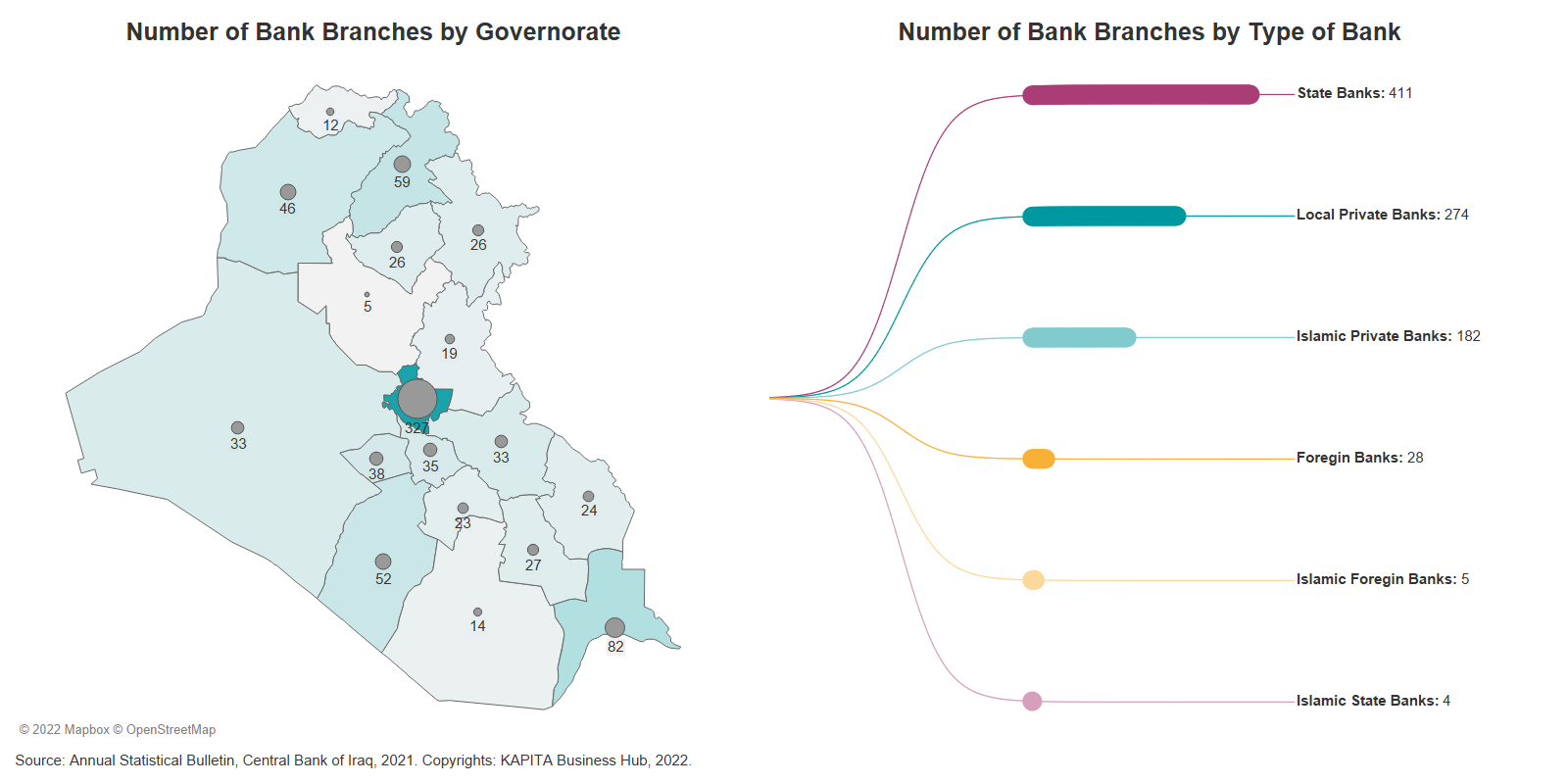 In Iraq, SOBs own 78.6% of the banking sector's assets, control 84% of cash credit extended, and have 87% of the total deposits. This could be because of their extensive branch network throughout the country (as they currently constitute 45.5% of total bank branches in the country) as well as the fact that they are government-guaranteed. However, they constitute only 9% of the total number of banks in the country

PSOBs on the other hand, account for 90.5% (67 out of 74 banks) of the total number of banks. PSOBs make up the vast majority of the banking sector's capital, accounting for 75.4%, owing to their greater number and adherence to the central bank's directive of having a minimum capital of 250 billion IQD. However, these banks are heavily overshadowed by SOBs, accounting for only 13% of total deposits, 16% of extended cash credit, and 21.4% of the banking sector’s assets.

In this report we also explore the Iraqi public budget for 2021. The budget exhibits 129 trillion IQD (88 billion USD) in expenses, and a record deficit of 28 trillion IQD (19 billion USD). 87.3% of proposed budget income is derived from oil revenues.

When reviewing the 2021 public budget's expenditures, certain numbers stand out. For example, with regard to provinces, Baghdad received the largest share of spending, reaching 19,258 billion IQD (3.463% of the total budget). It is unfortunate to witness that the provinces that have suffered the most as a result of the Islamic State's invasion have not been given enough consideration; Nineveh and Sala Al-Din, the provinces that incurred the most damage, received only 0.275% and 0.155%, respectively, of the total budget, the least amount amongst all the provinces. 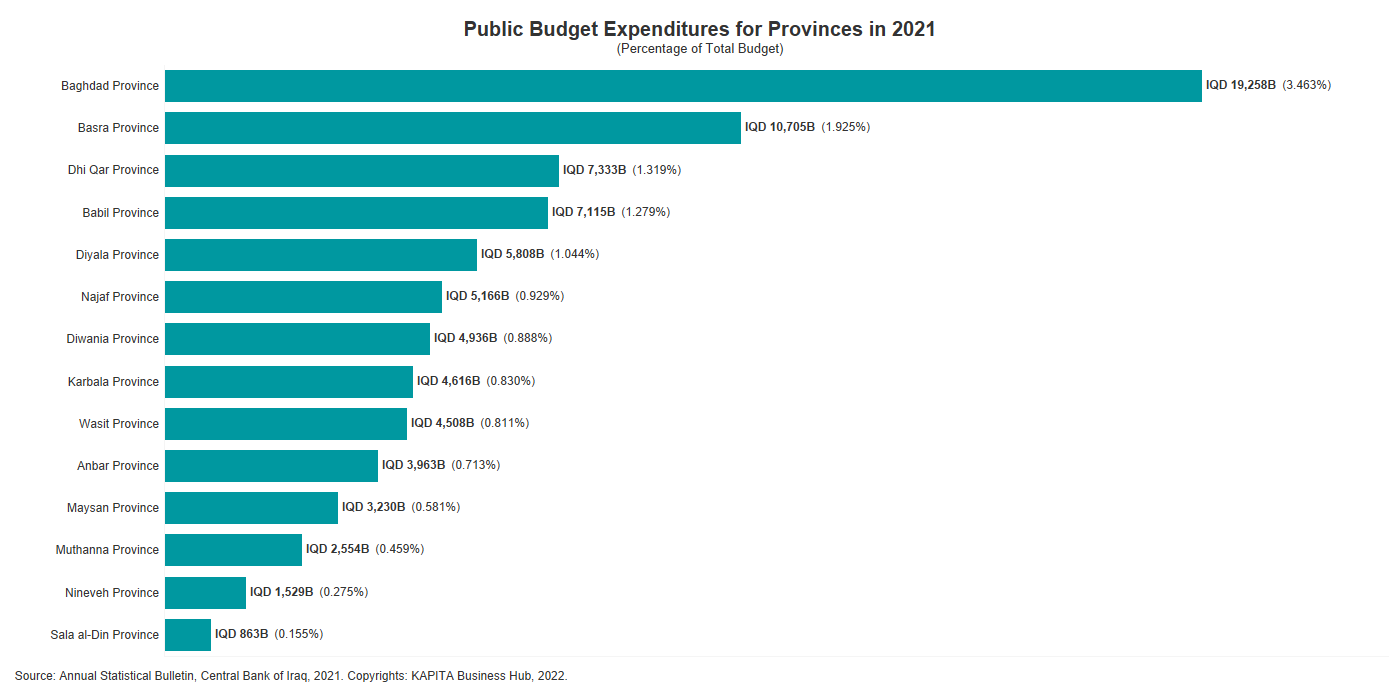 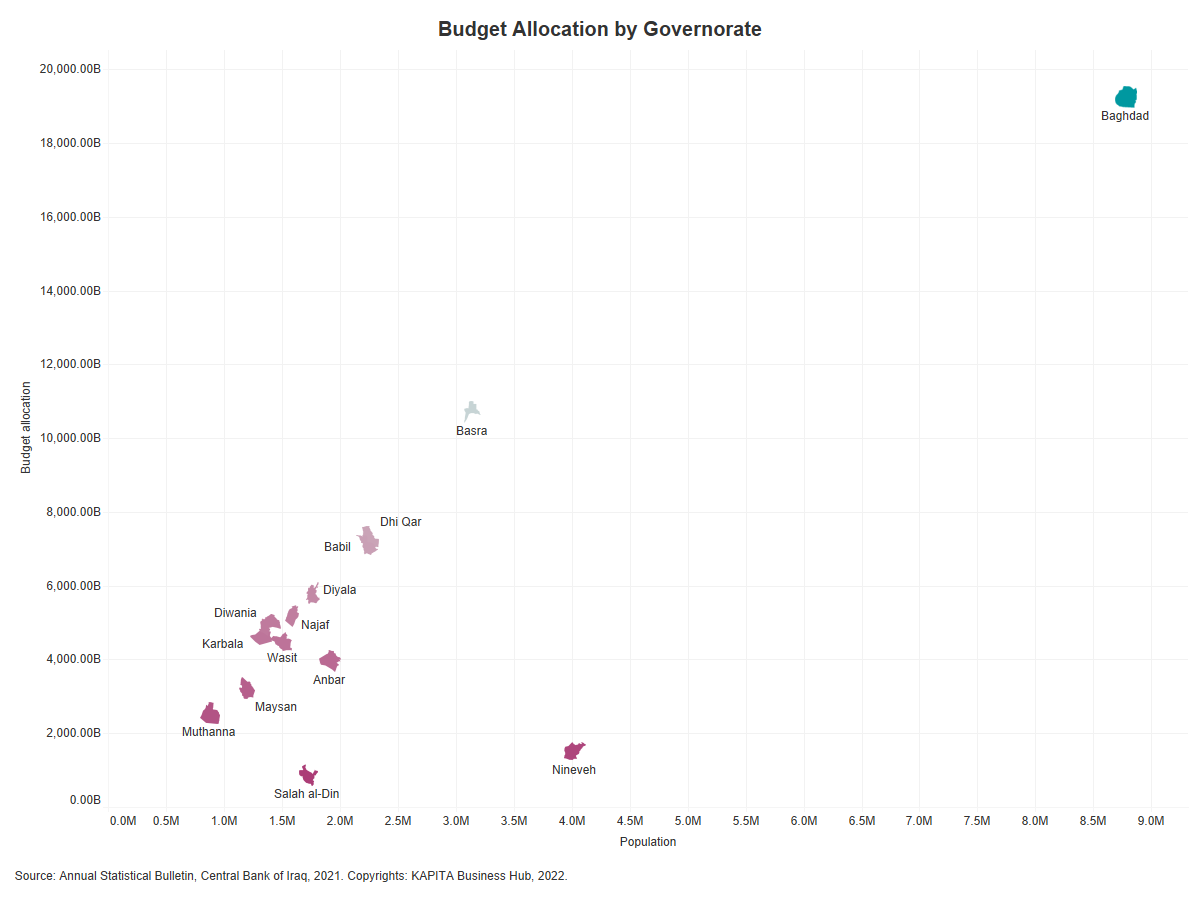 Moreover, electronic payment in Iraq is witnessing gradual growth. The number of issued electronic cards has grown since 2017. Prepaid cards, in particular, have grown exponentially in popularity, with over 9.7 million cards issued by the end of 2021. This preference seems to be due to the ease of their use and the simplicity with which they can be obtained without the requirement to create a bank account. 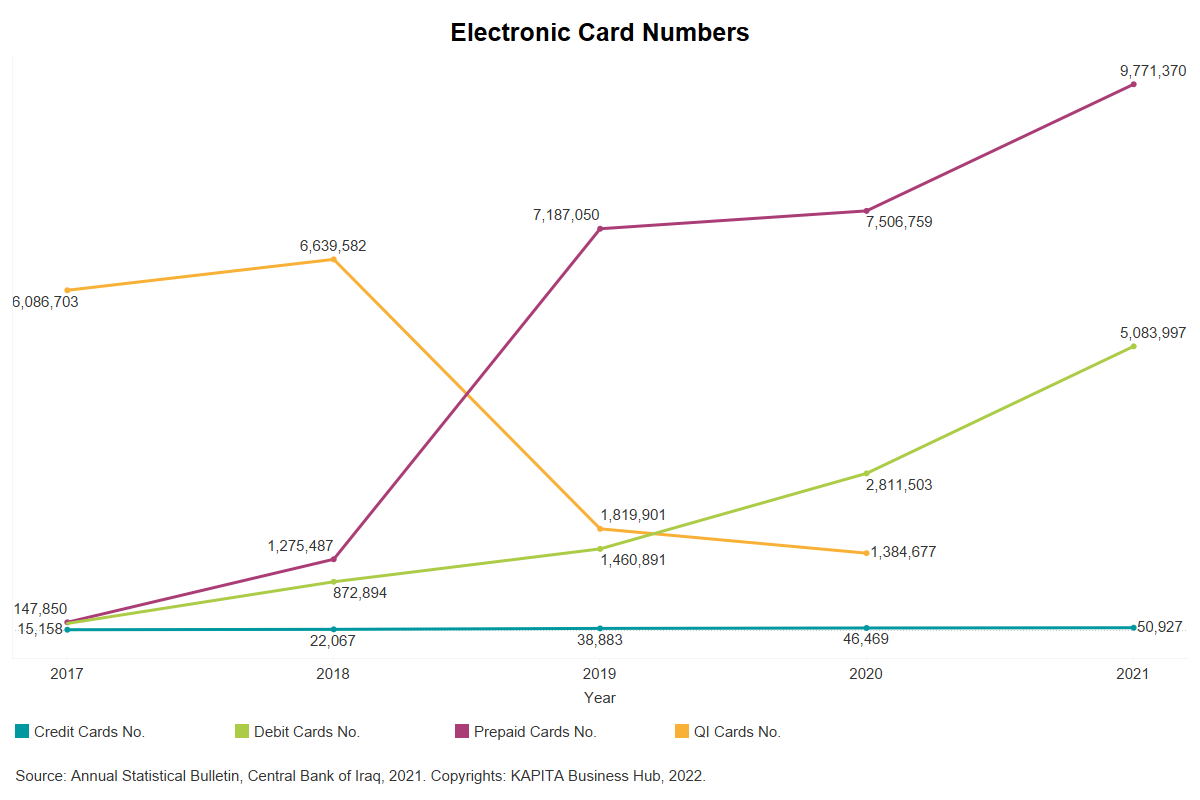 In the sectoral investment scene, SOBs are taking the lead. 2021 saw an increase of 11.4% in investment budgets from the previous year, which suffered financial ramifications brought forth by the COVID-19 epidemic. Additionally, Private shared and local banks’ investments skyrocketed in 2021, exhibiting an increase of around 183% and 77%, respectively, when compared to 2020. Private foreign banks investment, however, displayed a steep decline in 2021 of about 60% when compared to the previous year.

In order for the banking sector to flourish and keep up with global trends, more actions must be done, such as earning the confidence of the Iraqi people, moving away from cash, expanding the reach of bank branches, maintaining and renovating bank structures, and upgrading technical infrastructure.

This report can be cited as: