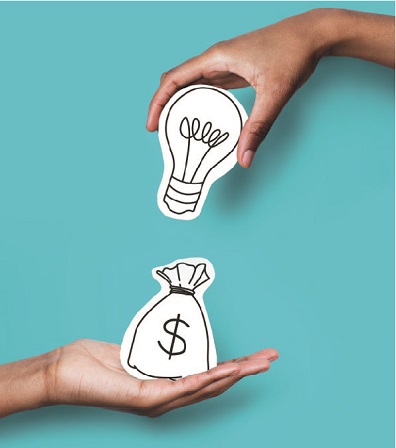 The Fundraising Landscape - Seeding the Future

The Fundraising landscape in Iraq has continued to evolve over the third quarter of 2020. The newly formed Iraqi Angel Investors Network (IAIN) has had a profound impact on the scene facilitating three rounds of seed investments since its launch in August 2020. The AUIS based Takween accelerator announced the graduation of its first cohort and awarded a total of $70k to the first five startups. Finally, the International Organization of Migration (IOM) expects to announce the winner of its grants in a public event sometime in mid-January 2021.

The increasing activity at the seed and pre-seed stages will help develop the pipeline for later stage deals to take place in 2021 with bigger tickets. As I have highlighted in our previous letter, the seed stage faces a significant funding gap in Iraq, and it is a primed space for local investors to get involved in. We saw this materialize with the investments made by IAIN; which focused on the seed stage and was led by local investors.

KAPITA and Nass Al Iraq made a six figures investment into Tabib Baghdad, an online doctor booking platform. The company started its operations in Baghdad and plans to cover the rest of Iraq in the coming year. At present, Tabib Baghdad has more than 300 doctors on its platform and has facilitated more than a thousand bookings. We see a great opportunity in Tabib Baghdad as we believe the process of finding the right doctor in Iraq is hampered and that the community can benefit immensely from digitization. The main mode of finding doctors in Iraq is word of mouth and this concentrates patients with select doctors while leaving significant capacity with others. Through its ratings and review system, Tabib Baghdad aims to democratize this process creating more efficient ways for patients to find doctors.

KAPITA and a group of co-investors, including Mohammed Al-Hakim and Iraq Tech Ventures, made a five figures investment into Teami; a customer relationship management (CRM) solution for medical representatives. Teami was founded in order to provide pharmaceutical agents in Iraq a professional alternative to the current tools (mainly WhatsApp and Telegram) used to manage their on-field sales teams. Teami is a great product with a great team behind it, but what distinguishes Teami is that it is very well-tailored to the needs of the Iraqi market.

The members of the network; Amar Shubar and Jaafar Al Musawi, along with other co-investors, have made a six figures investment into Hi-Express, a last mile delivery focused on the B2B segment of the market and was co-founded by KAPITA’s founder, Mujahid Waisi. Hi-Express has grown to serve more than 170 vendors over the past year. Hi-Express is distinguished by its proprietary technology and the deep experience of its founding team. The company has been able to grow rapidly over 2020, despite the hurdles encountered by the last mile delivery providers.

Being at the forefront of the above investments provided us with some interesting insights into the way investors are thinking of early stage investing in Iraq:

These are the preferences that dominate early stage investing in Iraq today. We expect these preferences to evolve over the coming year with the ecosystem. In general, there is a strong belief in the potential of Iraqi startups among investors despite the economic difficulties. The biggest challenge for most investors is finding startups that are able to combine well-built technology and a sound business model. We do see the pipeline improving significantly over the coming year. I was honored to be selected as part of the judging panel for the Takween accelerator demo day and have been a part of the judging committee for the IOM grants awards for startups. In both events, we were very happy to see the quality of startups coming into both programs.

We are already seeing certain sectors coming into focus with increasing startup activity to disrupt them. One such sector is healthcare; as the country’s already fragile healthcare system has been stormed by the COVID-19 pandemic. There are opportunities across the healthcare value chain from helping doctors establish better trust with their patients to helping medical representatives better manage their on-field operations. Education is another sector where we are seeing an increased startup activity, but the right business model remains elusive for most startups in this sector.

Post-investment, investors do face many challenges around company registration and governance. There is a general lack of expertise on term sheet clauses that usually govern the relationship between the investors and the founding team. Another issue is the registration process, startups at the seed stage are looking for the most cost-effective registration paths, and the typical choice falls on a Limited Liability Company. The registration process is lengthy and costly. Recently, we have seen an announcement by the United Nations Conference on Trade and Development (UNCTAD) on the launch of a single window to register businesses but this has yet to be fully active.

Reflecting on 2020, we have seen an impressive growth of the ecosystem. Miswag and Lezzo both secured investment rounds of more than $1 million and the onset of the COVID-19 has caused a massive surge in the overall e-commerce activities. We expect this trend to continue in 2021 with an increase in the volume of seed round investments and larger later stage investments.