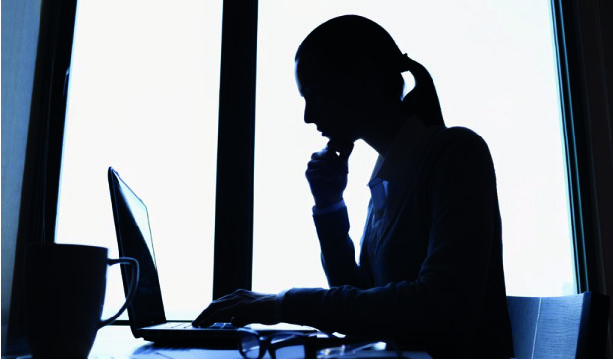 Female Entrepreneurship in Iraq: The Challenges of Women Entrepreneurs’ Journey and the Roadmap for a More Inclusive Ecosystem

Women generally and women entrepreneurs particularly encounter many challenges in the workplace worldwide. In nearly every country, the gender bias and reality of gender disparities affect women at various steps of their journey, such as when forming a team, in sales meetings, and when fundraising. However, these challenges and biases are particularly prevalent in the MENA region, where there are fewer women in the workforce, in leadership positions, and where female founders received only 1.2% of the total funding raised by startups in the MENA region in 2021, according to Wamda. Furthermore, in Iraq, where funding is exceptionally scarce and day-to-day business challenges are vast, the difficulties women face are compounded.

Yet, the economic benefit of women participating in the economy as entrepreneurs, employees, and leadership roles is clear. Research shows that if there were as many female founders as male ones, global GDP could increase by 6%, or up to $5 trillion. Many studies found that diverse teams lead to higher levels of performance and innovation. Despite these pieces of evidence, bias, stereotypes, and cultural norms hold women back.

The Challenges of Women Entrepreneurs’ Journey

Here are some typical phases of the entrepreneur’s journey with details about how these can be challenging for a female entrepreneur in Iraq, where women still face tremendous pressure from cultural and societal norms.

Forming a team is an integral part of an entrepreneur’s journey and a very positive signal to investors that you are a leader and can recruit talent. Unfortunately, Iraqi female founders may not have a large pool of professional and educational networks as their male counterparts for a few reasons:

In this context, it can be particularly frustrating for a female founder to hear that they “need” males on their teams to be successful because they do not feel encouraged by society to forge those relationships in the first place to try to recruit males. One entrepreneur I interviewed said, “They tell me, ‘This is a huge project. You need a man on the team,’ and they are right. I will get more done having a man on my team in this society. But at the same time, my family does not want me to associate with men.”

Showing a sales record and validation by the market is a prerequisite for many early-stage investors in Iraq. However, establishing this can be more difficult for women, who often are not taken as seriously as their male counterparts in sales meetings and pitches. Female founders that I interviewed said that clients would often speak directly to their male employees rather than to them, even though they are the founder and owner of the company. This can impact the success of the sales meeting since the founder may be better suited to answer many of the questions rather than her employee. It also makes women feel that they need to work harder to prove themselves, to be taken seriously by men.

Why does this happen? It all starts with the lack of women in the workplace (women make up only 12% of the Iraqi workforce according to the World Bank Data), and the lack of women in leadership roles perpetuates the idea that a woman is not capable of being a leader. This has a substantial impact on men, who are not used to viewing women as peers and leaders, and on women, who, consequently, doubt themselves and their abilities regularly. As a result, many of the female founders I spoke to suffer from imposter syndrome, even when succeeding.

On top of these mental barriers, it can be more difficult for Iraqi women to physically get to the right places needed to advance their professional positions and businesses. Societal and familial pressures can make it difficult for women to travel alone.

Often, families will not allow their adult daughters to travel alone or request that they go with an escort, which can prevent women from taking important meetings, going to networking events, and attending entrepreneurial programs.

Ideally, an entrepreneur can bootstrap their business for as long as possible without raising external funding, but they will likely need the support of friends and family.

For women, the support of their family can be more difficult to obtain if they come from a more traditional background.

One entrepreneur I spoke to said, “My family tells me I am crazy when I leave the house to work on my business. Hence, I have stopped trying to get their approval.” Another female founder told me how the powerful men in the family influence them by saying, “If my dad and brother had not offered me regular support and encouragement, I would have quit by now.”

Once they need to raise external funds, women face more challenges. Across the world, fundraising is a more arduous journey for women than for men due to the lack of women in decision-making roles in the venture capital and private equity industry.

In 2019, only 11% of senior investment roles were filled by women in emerging market venture capital (VC) and private equity. Moreover, research done on VC conversations with startups showed that female founders were asked different questions than male founders during the fundraising process. One of the Harvard Business Review articles explains the research further and discusses how women continuously received questions about loss prevention and risk mitigation strategies. In comparison, men were asked more about the potential for their achievement and gains. They found that this bias impacted funding significantly, and females raised seven times less funding than the male entrepreneurs during the study.

The Roadmap for a More Inclusive Ecosystem

In light of all this research and these experiences, there are many things that ecosystem organizations and accelerator/incubator programs in Iraq can do to help address these issues: