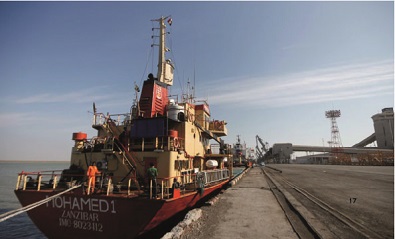 The Challenges of the Free Economic Zones in Iraq: Khor Al Zubair

Free zones in many countries of the world form great importance as they can attract foreign investments due to their favourable tax regulations, bring capital, and collect foreign currencies. Investments in the free zones have an important role to develop and flourish the economy of a country.

However, some see these regions as competitors against the local markets because they can glut the market with bad goods, threatening the national industry to prevent Iraqi consumers from buying these local goods.

The geographical location of Iraq occupies a significant role in the Middle-East as a crossing point of commercial transactions. We have to go further back in time to point out that law number 3 for the year 1998 was the starting point for establishing the “General Commission for Free Zones” in Iraq in three areas; Khor Al-Zubair, Free Zone in Nineveh, and Alqa’im Border Crossing in Anbar.

In this article, we will focus solely on the Khor Al-Zubair Free Zone which forms one of the most significant points in Iraq.

Khor Al-Zubair is the first free zone which was established in May 1997 according to a custom statement of provision 122 number 23 for the year 1984. This area has great importance as it lies in the Arab Gulf, and it is considered as a connection point between the Arab Gulf States and the international navigation for commercial transactions with the Asian countries. Moreover, this area connects the Safwan border crossing with Kuwait and Shilamchah border crossing with Iran.

The designated free economic zone in Khor Al-Zubair port occupies the area where the piers (1, 2, 3, 4) are located, reaching its waterfront which is 1000 meters and extends to 7 km to Um Qasar street. This area can increase from 3 km to 7 km on a condition not to interfere with the facilities of other countries.

The area begins with 1000*1000 squared meters along with 3-4 storages that are near the location within an area of 3 km. The area is bordered from the east with Khor Abdullah's navigational canal and piers numbered (1, 2, 3, 4) in Khor Al-Zubair port. To the north, the area extends from the port of Khor Al-Zubair and the railway leading to the concrete piers in the port to the cement factory in Khor Al-Zubair. To the south, there are empty areas and the port of the liquefied gas and the way leading to it. To the west, there are empty areas following the highway (Basra-Khor Al-Zubair- Um Qasar).

The Iraqi market struggles to transform into a free market economy due to the structure of the Iraqi economy which suffers from frail implementations. Nevertheless, the infrastructure in Iraq weakens the role of the free economy entirely, taking into consideration that the factors of production and revenue are in a crumbling state. Iraq also lags in the development of human capital. These points created a great gap in ICT between Iraq and other countries. The administrative and financial corruption, lack of transparency, and the lack of restorative regulations are the main reasons which hinder the transformation to a free economy in Iraq.

Despite Khor Al-Zubair in Basra being a free zone and forming an important point to the commercial transactions and investments, it suffers from the lack of expertise which hinders the development of the area. The infrastructure in Khor Al-Zubair is still incomplete and suffers from low work standards. To guarantee the longevity of this vital area, the necessary expertise and good infrastructure must be accessible to ensure the development of the region and consolidating its presence among the free zones of the region.

The free zone in Khor Al-Zubair along with the rest of the free zones in Iraq share the problem of limiting the freedom of the foreign investors to transfer capital and business revenues outside of Iraq. Furthermore, the situation in Basra suffers from instability. In return, this pushes investors and foreign companies away. Thus, solutions must be provided to facilitate smooth investment processes and strengthen the security and stability of the region.

Another issue is the lack of transparent and clear laws regarding the free zones in Iraq which creates confusion and conflicts. Therefore, Iraqi legislation should issue new amended, clear, and broad laws and regulations to cover all the matters related to the investment in the free zones.

The project of building Al-Faw port can strengthen the role of the free zone in Basra and contribute to widening the free zones as a plan, sustaining the economic importance of the region. Building this port in the free zone can support the sea sources to the fact that Khor Al-Zubair can consolidate the industry of building boats and yachts. This will result in developing the free zone and attracting the investors to give them new opportunities to start their projects which will help the commercial transaction and employ the capitals to the country.

Industry and tourism could also drive the economic growth of the free zone in Basra; modern buildings and factories can be built to contribute to the prosperity of local investment. Through these factories, new fields can be opened in the scope of the industry and encourage the investors to invest in these areas and make additional benefits to the Iraqi revenue. While tourism could be encouraged through developing the hospitality sector and investing in the rehabilitation of the Iraqi marshes. This could help the coast of Khor Al-Zubair canal to flourish and prosper.