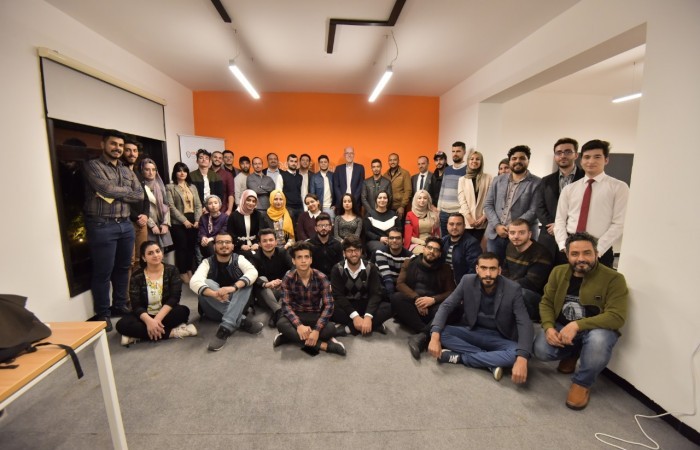 "KAPITA", in partnership with the Dutch embassy in Baghdad and Asiacell Telecommunications Company in Iraq, has launched the first "Orange Corners Baghdad" program in Iraq.

This program which runs in more than 14 different cities all over the world, is one of the many programs set by the Dutch government to provide support and advice to the youth who are willing to take part in the entrepreneurial sector in attempt to improve the overall socioeconomic status of their communities, and contribute in the development of their own.

KAPITA, in parallelism with its mission which aims at supporting and developing entrepreneruship & start-ups in Iraq, is taking over the implementation of the program, which lasts for six months, by hosting 20 Iraqi youth-led projects.

After the call-for-applicants was requested, more than 250 start-up ideas were submitted, from which 45 projects were chosen, according to specific , well-studied criteria to make sure whether the projects proposed can grow, compete, and add to the Iraqi market. Those 45 were asked to participate in a 2-day-long bootcamp (on 10-11/1/2020) where semi-finalists were asked to pitch their ideas before a jury of entrepreneurs & activists from the entrepreneurial sector, financial institutions, and large-scale companies. Only 20 projects were finally selected to get incubated in an intensive training program that will last for the upcoming 6 months.

This program shall provide incubatees with a free-to-use workspace in Baghdad, as well as free trainings, workshops, and consultations in various know-hows over the next six months.

KAPITA will further provide incubatees with financial support and potential investments for the promising, and most-tangible projects by the end of the incubation period.

Orange Corners Baghdad is the first and longest incubation program ever witnessed by startups in Iraq. It operates in a serious manner to enable projects capable of developing the entrepreneurial sector in Iraq, fighting unemployment, encouraging youth, and developing the private sector.