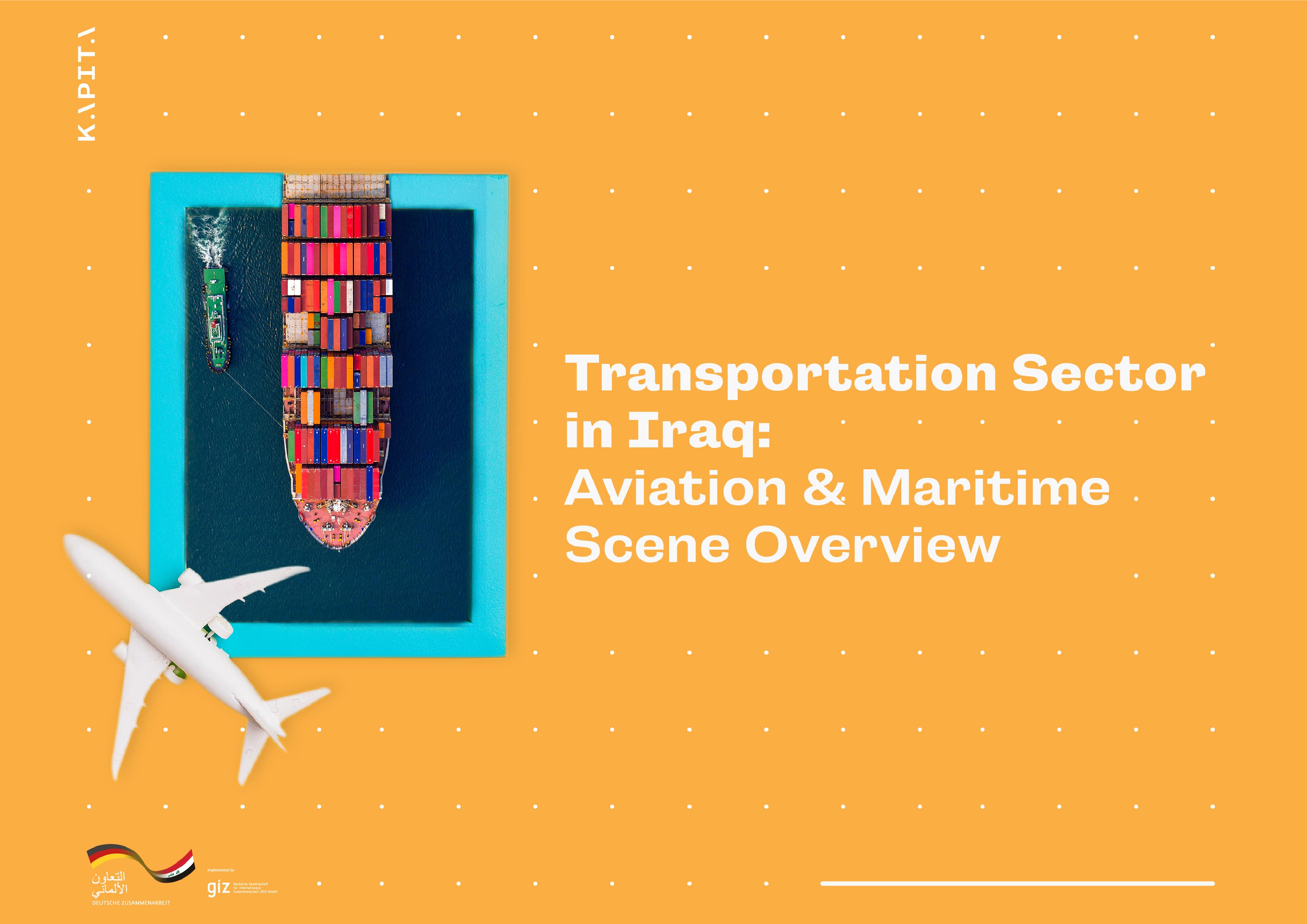 The transportation sector plays a major role in the development of the country. As a key factor in promoting the advancement of dependent operations, a strong transportation infrastructure will ensure the proper functioning of closely related sectors and present a reliable playground for emerging businesses and startups. In this report, we thoroughly examine the Iraqi aviation and maritime scenes. From the number of flights and passengers, ships and cargo loads, to total revenues and wages. Each component will be reviewed and analyzed to determine the current state of these sectors, as well as the depth of their impact on aviation and maritime transport.

Civil aviation in Iraq had enormous promise at its inception, but owing to the numerous obstacles and challenges it has experienced over the years, its role in the growth of economic and social elements has been minimized. Until recently, the public sector was the primary body in charge of civil aviation. Currently, an increasing number of privately-owned companies are entering the scene. It is found that the number of flights has taken a dramatic drop in 2020, a 57.3% decrease from its preceding year. The report also demonstrates how these flights are distributed among Iraqi airports.

The maritime sector is an essential pillar of Iraq's economic infrastructure; it links the country’s national systems to the global market, facilitates the flow of goods and commodities, and ensures the flourishing of port cities and the country as a whole. The main ports of Iraq consist of Al-Basra and Khor Al-Amaya oil terminals, and four commercial ports; Al-Maqil, Khor Al-Zubayr, Abu Flous, and Umm Qasr, of which Umm Qasr is the main and only deep-water port in the country. Data shows that the number of arriving ships in 2020 experienced a 12.2% increase compared to the previous year which is attributed to the increased imports of the country. Whereas the number of departing ships in the corresponding year exhibited a 37% decline compared to 2019. Umm Qasr Port carries the majority of the maritime transport activities in the country as it is the largest deep water port in Iraq, with an average of 18 million tons of transported goods in recent years. The second largest port is Khor Al-Zubayr, which transported 9.8 million tons of goods in 2020, a 13.5% decrease from the previous year.

The two main institutions in the maritime sector are the General Company for Ports of Iraq (GCPI) and the State Company for Maritime Transport (SCMT). The report looks at their core activities, such as oil sea transport, the volume of cargo transported, the number of employees, and revenues and wages over the years.

In addition, the report discusses current initiatives and projects, as well as the significant obstacles that are preventing the sector's progress, and suggests possible approaches to tackle them.

This study is published in partnership with German Government via the Deutsche Gesellschaft für Internationale Zusammenarbeit (GIZ) GmbH.

This report can be cited as: